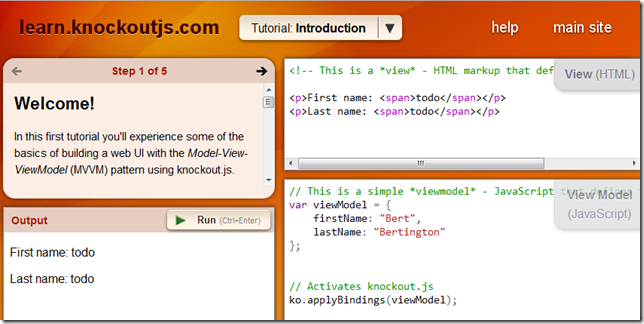 Since this was a one-person weekend project, I’ve been using all possible means to minimise the total development time. A key part of that has been using existing open source components so I can avoid reinventing stuff wherever possible.

In the end, I was surprised to realise just how many open source projects went into building this single-page application, and how high-quality and easy-to-use most of them were. So, I’d like to give them a bit of recognition by listing them here and giving you a mini-review of each. Maybe you’ll benefit from a few of these in your own projects.

Knapsack (NuGet: knapsack) is Andrew Davey’s JavaScript / CSS dependency manager for ASP.NET. It lets you define a series of JS/CSS references like this:

… and then emit the actual

What’s the point? Well, in **debug **mode, it just emits one

It also sets all the right cache/etag headers so the browser can avoid making unnecessary HTTP requests, but doesn’t risk using out-of-date scripts because the dynamic script URL changes whenever you change the referenced script files (the URL includes a hash of your JavaScript source code).

I’ve been very happy with knapsack, and would definitely recommend it. The one caveat I discovered is that it automatically references all JavaScript files in any folder that you point it at, which is surprising if you intentionally didn’t reference one of the files in that folder. That aside, if you can organise your JS/CSS files into folders to match how they should be combined, you’ll probably be very happy with Knapsack too.

Note: Knapsack will soon be changing its name to something else due to a cease-and-desist.

As part of my minimum viable product kind of philosophy for the site, I didn’t create any kind of editor for the tutorials, and I didn’t even store them in a database. The simplest editor is a text editor, and the simplest data store is files on disk. So, the tutorials are written in YAML – a human-editable structured text format.

To parse these YAML files, I used YamlSerializer (NuGet: yamlserializer), a .NET library written by Osamu Takeuchi. So, I have .NET classes like this:

It’s maybe not quite as pretty as it could be with a more generics-oriented API (or maybe even a dynamic one?) but it’s robust, fast enough (though I do cache the parsed result), and I had it working in minutes. So I’m satisfied with that!

I didn’t strictly need to use Dependency Injection in this project, but since it takes exactly 10 seconds to set up thanks to NuGet, I did it anyway. My favourite DI container is Ninject (NuGet: Ninject.MVC3), a very easy-to-configure product from Nate Kohari. The MVC 3 version hooks itself into the MVC 3 Dependency Injection extensibility point automatically (internally, it uses David Ebbo’s WebActivator to make itself run when your app first starts).

In this site, it’s only used to supply ITutorialRepository instances to my one-and-only HomeController. Really I could have just hardcoded the dependency, as there is only one tutorial repository (YamlTutorialRepository), but hey it genuinely did take less than one minute to set up the DI and it made me feel less like I was just hacking things together…

See those lovely in-browser code editors with context-specific syntax highlighting, the ones that even work on IE6? That’s CodeMirror, a JavaScript library from Marijn Haverbeke.

This was not particularly easy to get working just as I wanted – I hit a range of browser-specific performance problems mainly because of my compulsive need to put rounded corners and dropshadows on every element on the page. Nonetheless, it’s a completely vital component, the entire site couldn’t exist without it, and it’s an impressive technical achievement in its own right, so I’m willing it to give it plenty of slack.

The one alternative code editor I tried was Ace – it looks very promising, but had serious layout issues in IE (e.g, if you resize the font). In the future Ace might overtake CodeMirror to become the smartest and best-performing in-browser code editor, but it’s not there yet.

Did you notice that if you work on one of the tutorials, then leave the tutorial (possibly even the whole site), and then later come back, the site will offer to restore your code and your position in that tutorial? How can this be, given that you didn’t even register for an account? It’s HTML 5 local storage, of course.

To implement this, I used Amplify.js (NuGet: amplifyjs), a JavaScript library from appendTo. Of all the JavaScript libraries I used, this one was the easiest to get working. It was completely trivial, in fact – just about three lines of code in total.

Whenever you run your code, the site saves your state:

Similarly, whenever you load a tutorial, the site checks if you have saved state:

… and if so, offers to restore it. The site doesn’t care what browser you’re running, because Amplify.js figures out what local storage options exist and uses whichever one is going to work for you.

Amplify.js needs your browser to support JSON.stringify, the JavaScript API for serializing an object to JSON. All decent browsers do, but just in case you’re running IE 7 (What kind of web developer are you? Shame on you!), I reference json2.js (NuGet: json2) which provides an implementation of JSON.stringify. Json2.js is the work of legendary JavaScript guru and JSON inventer, Douglas Crockford.

In the tutorial instructions, there are lots of little snippets of code showing you what to do. For the syntax highlighting here, I used highlight.js from Ivan Sagalaev.

There are dozens of code-highlighting JavaScript libraries, and I’ve no reason to say this one is better than the rest. I chose this one simply because it lets me “highlight” a certain DOM element at an arbitrary time of my choosing, and doesn’t get fussy about doing things when the page first loads. Also it tolerates existing HTML markup in the element you’re highlighting, which is how I was able to put special yellow backgrounds on selected bits of code to emphasise the key points.

Highlight.js was pretty easy to work with. I made a Knockout custom binding to display the tutorial steps, and whenever it updates the UI, it highlights any code blocks like this:

To customise the colour scheme, you just edit its CSS file. Pretty convenient.

I said the tutorials are written in YAML, but that’s just how the .NET objects are represented as text. To represent the actual markup within the instructions (e.g., the headings, links, code blocks, etc.), I used Markdown, a simple text-formatting DSL invented by John Gruber. So I’ve got “markdown” syntax within my YAML files, like this:

That markdown text gets sent to the client (in JSON form, of course – so many text-based formats!). To render it as HTML in the browser, I use showdown.js, a Markdown-to-HTML conversion library from John Fraser. This is pretty straightforward – I have a Knockout custom binding like this:

… and then I can bind elements to show markdown data like as follows, and it will refresh the display whenever the markdown text changes:

Obviously I used jQuery. I won’t bother discussing the core library because everyone knows about that, but I will mention the jQuery plugins I used:

Not surprisingly, the UI is all orchestrated with knockout.js (NuGet: knockoutjs), so I have a very tidy MVVM architecture for the client-side code. There are objects to represent each of the major UI elements (panes, draggable splitters, code editors, prompts, etc.), and Knockout takes care of keeping the visible UI in sync with that whole object graph.

Building an application by smashing together a lot of different open-source projects is pretty quick. The end result is not always a perfectly harmonious symphony, as each component brings its own coding styles and conventions, but it works.

What I’ve learned about components is kind of predictable: the most useful ones are

It wasn’t difficult to find components to suit my requirements. It’s great to see the open source ecosystems are thriving, both on .NET and JavaScript.

Earlier today I published the final 1.2.0 build of knockout.js. This is a big release with stacks of new goodness since 1.1.2: